SIG P365 is reviewed as the most commonly used carry gun because of its various benefits.

However, due to its higher quality trigger, sizeable magazine, and compact features, the SIG P365 gun has to be the most priorities pistol of the Sauer company. However, even with a fair amount of leads, the handgun still has a handful of malfunctions.

Further, we will check the SIG P365 problems which are affecting the popularity of the pistol.

Most of the users of sig have complained against the firing pin. According to the reviews, the users faced the trouble of firing pin breakage after using it for a shortened period. The problem of pin breaking is a pressing problem for day-to-day users because they got limited options for firing pins in the market. Plus, the striker drag issue generates the problem of primer drag in a pistol which obviously affects the effect of the gun.

This problem of firing pin failure originates because either the metalworking of the product was faulty or the steel was incapable of heat prevention.

Another solid problem of SIG P365 is a weak extractor. This issue often occurs after a few rounds or sometimes just after a fire round.

Extraction failure commonly happens because the previously fired cartridge is yet not ejected entirely. This problem can be caused by several reasons, including issues with the case rim, and dusty or greasy chambers can also be a source of extraction failure.

However, this issue has to be noticed because the problem can pull the owner into a bad situation in case he fails to use the gun at the time of need or for self-protection. It could not only leave a bad influence on the product but also badly work on buyer.

Another issue of SIG P365 is defective night sights. This problem was experienced by mostly all buyers at the time of the release of the P365.

The issue creates breaking of lights and not operating properly in lighting scenarios. Plus, the lights were not viewable.

As I mentioned earlier, the SIG P365 was prioritized due to its sizeable magazine, and without any doubt, it performed satisfactorily as long as the SIG offered a 10-round magazine.

Since the company received an exceptional response on their CCW with a sizeable magazine, they want to increase the value product. So, they extended the rounds to a 12-round magazine. Although their 12 Round magazine received favorable responses later, the holders experienced the problems of increased magazines.

Although the slide lock failure is not a common issue, the reason for highlighting it is that there are people who haven’t experienced any of the issues mentioned above but have faced the slide lock issue in their P365.

This problem can generally happen with any other carried gun too. But if you are facing this issue, you should probably ask SIG to sort the case as the slide lock is prime for safety in a house with children.

Is SIG Sauer P365 worth buying?

Sig Sauer has a few issues, but it would be false to say that the CCW pistol of SIG Sauer is not worth buying. P365 Offers enough benefits to satisfy a gun keeper. It is easy to carry because of its compact body and many other features that make the SIG Sauer P365 worth buying.

Although dry fire can break the striker with Sig Sauer P365, you can dry fire safely using a snap cap or plug. The pistol has to be in good condition to bear the force.

It became the central question for the holders because due to the compact body of the pistol, the new magazine was no more user friendly. Specifically, individuals with weak grips find it very hard to load the pistol due to the new inelastic spring.

Hopefully, you have not experienced any of the mentioned issues, but in case you are dealing with the problem, you should contact Sig Sauer or take assistance from experienced users.

Hi, my name is Daniel and I'm an avid shooter who loves everything from shotguns to handguns (both bolt action rifle hunting rifles). My goal when writing new articles has been to make them fun but informative so that people can learn something while being entertained by reading what they are looking at - not unlike myself!
Author All Posts
Bestseller No. 1 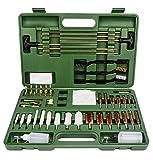 Straight to your inbox