The AR-15 rifle offers a lot of advantages for shooters in the United States. This has made this rifle a popular one for shooting and hunting.

Due to this reason, several designers have made cartridges specifically to suit an AR-15 platform. Both the cartridges that this article is going to compare were designed for an AR-15 platform. While a 450 Bushmaster is a well-known and dependable cartridge that has gained popularity among shooters over time, a 6.5 Grendel has not been able to get that kind of popularity.

However, it was developed much earlier. Many were unsatisfied with the performance of a 5.56x45mm NATO cartridge combination with the M-16 Rifle during the Vietnam war. These problems were solved temporarily with certain modifications. But doubts about the stopping power if the small cartridge were still there.

Similarly, hunters were also dissatisfied with the performance of the .223 Remington combination with the AR-15. While it was good for predator hunting and target shooting, this combination didn’t work for deer-sized games.

Bill Alexander then accomplished this task. He designed 6.5 Grendel in 2002. It was created by modifying a 6.5mm PPC case. It was a success as it was as efficient as it had more power than a .223 Remington and functioned well on an AR platform. Despite fulfilling its original purpose of making, the 6.5 Grendel could not gain popularity among shooters and hunters.

A 450 Bushmaster is among very few larger bore cartridges that are used on an AR-15. The story of Bushmaster also begins when shooters became dissatisfied with the stopping power of a. 223 Remington and wanted to make a cartridge with more power in the military and civilians alike. When civilian shooters and hunters started taking interest in an AR-15 and. 233 Remington cartridge. Deer hunters became weary of the. 223 Remington cartridge due to its lack of effectiveness in the deer-sized game. With all these concerns, Jeff Cooper gave his idea of a Thumper rifle. A thumper rifle was the one that was semi-automatic, with a larger diameter caliber, one that was able to take down the target in one shot at 250 yards. Tim LeGendre made the first larger diameter cartridge of LeMag Firearms. They built a .45 Professional with a .45 caliber cartridge and a reduced .284 Winchester case.

Later, Bushmaster went to Hornady manufacturers and collaborated with them to create their thumper cartridge. With some modifications, the new 450 Bushmaster was created.

Hence, the history of both cartridges tells us that they have a similar origin.

Both 450 Bushmaster and 6.5 Grendel have similar overall lengths, i.e., 2.26 inches. As both these cartridges were explicitly made to be adjusted on an AR-15 platform, they have the maximum length an AR-15 can house. However, the case length of the 450 Bushmaster is more extensive than 6.5 Grendel.

A Comparison of Ballistics

The larger diameter bullets of 450 Bushmaster allow it to have better penetration power than the 6.5 Grendel.

A 450 Bushmaster is known for more recoil. Due to heavy recoil, it is not recommended for young and new shooters. On the other hand, a 6.5 Grendel has less recoil. This is one advantage of a 6.5 Grendel, as recoil can be an important consideration for many people.

What is it good for?

A 450 Bushmaster is good for medium-sized games and can also be used for target shooting.

1. Which companies manufacture a 6.5 Grendel?

The following companies manufacture a 6.5 Grendel.

2. What is the effective range of a 450 Bushmaster? 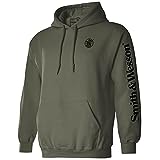 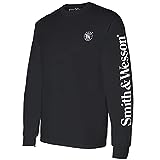 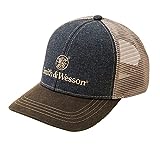 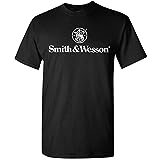